A LIE RIGHT OUT OF THE PIT OF HELL!!

Recently there has been a flood of articles comparing PIGS to Human Beings. There have been numerous claims that on a cellular basis the pig is the animal that is the closest match to human beings. I have even heard one youtuber spewing the lie, that the reason that God commanded us not to eat pigs is because we would be committing cannibalism. OH MY GOD! That is a lie right out of HELL.

If you spend any time at all investigating this claim, you will find a lot of double talk, assumptions and propaganda. As in everything that comes out of the scientific community, lies concocted to justify their further experimentation. Naturally, we have traits, cellular structure and genetics in common with all life on earth. The Creator formed it all. He designed systems that work, and he put them to use in the variations that He formed. NO BIG SURPRISE. 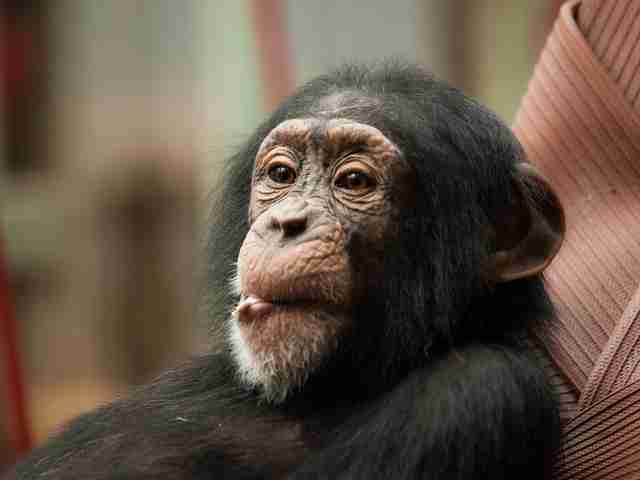 Researchers determined back in 2005 that chimpanzees share somewhere between 98.6 and 99 percent of our DNA. They’re closer to humans than they are to gorillas! Remarkably, female chimps also share a reproductive cycle similar to that of humans, with most reaching sexual maturity just before or during their teenage years. They also have a gestation period for about 8 months

As you can see they can find evidence of just about any animal having 90% or more of the same genetic code.  Why? Because God created us all from the earth.  Scientists can’t even make up their mind which species is closest to us.  Even after all the research, testing and experimenting they have been doing all throughout history.  I would not believe anything they say anyway.  Personally, I know they are all full of malarchy.

http://phys.org/news/2013-07-human-h…-evidence.html
Human hybrids: a closer look at the theory and evidence

(Anyone who chooses to believe these lies deserves to suffer whatever fate befalls them!

GOD created all things! He created them to reproduce after their own kind. He created MAN, in his own image. It is an absolute insult to God to believe that humans came from PIGS or are even related to pigs. Pigs are considered by God to be unclean. Hybrids are a creation of Fallen Angels and demonic spirits. EVOLUTION is a lie, created to turn people away from GOD and to deny the dignity of man and the sanctity of life.

http://www.articlecats.com/index.php…ercentage-dna/
Pigs and Humans Share a Percentage of DNA

http://pandasthumb.org/archives/2013…u-share-a.html
Yes, you share a common ancestor with pigs, but it was a long, long time ago.

What Is The Spiritual Significance Of Swine?
FILTHY SWINE  – 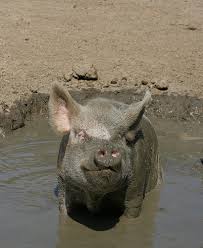 There is probably no animal as disgusting as the pig. It’s not just because it may not be eaten: there are plenty of other animals that are unclean, but none of them arouse as much disgust as the pig.
Colloquially, the pig is the ultimate symbol of loathing; when you say that someone “acted like a pig” it suggests that he or she did something unusually abominable. Indeed, many people think of pork, ham, bacon, etc., as the most unclean foods there are.
The Word of God gives two physical signs that mark clean land animals: they ruminate (chew their cud) and have fully split hooves. The pig is on the list of several creatures that have just one or the other of these, and are therefore unclean, since it has hooves which are split, but it does not chew its cud. So it is seen as a pretender and the symbol of hypocrisy.
The pig loves to wallow in the muck and eat the most revolting things. One old tale says this about the pig: “There is a creature that wallows in the mud all day. If you ask it what it wants, all it can think of is, ‘More mud!’
Similarly, there are people who are sunk in the ‘mud’ of material pleasures, and all they want is more of the world and more possessions, instead of focusing on the truly important things in life. Because the pig has some of the characteristics of a clean animal, he represents those nominal believers who have the semblance of faith but deny the power thereof. They have one foot in the heavens and the other in the world. They call themselves children of God, but they cannot let go of the pleasures of the flesh. They deny the truth of the Word, to justify their sin.

Sheep and pigs both get muddy and dirty. However, they view and experience it much differently. Sheep get muddy and dirty, but I don’t think they like to. Their nature is different from the pig. The pig loves to get dirty and loves the mud. The pig is occasionally clean but prefers to be muddy. The sheep is occasionally muddy but wants to be clean. A pig will be happy to stay perpetually in the mud. A sheep won’t. A sheep won’t stay in the mud. It’s not his nature to do so.  Source: https://stevedewitt.org/2013/04/28/sheep-and-pigs-what-does-it-mean-that-a-christian-cannot-keep-on-sinning/

What Is The Spiritual Significance Of Sheep? 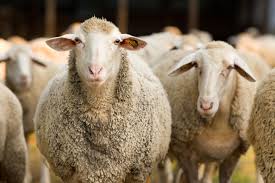 WE ARE NOT PIGS!! The bible says that GOD calls us His Sheep. “If you love me, feed my sheep”. God compares us to sheep because we are by nature, followers. Although we follow the pack, we are also very stubborn and stupid. If you know anything about sheep you know, they have to just about be hit over the head to get them to do anything. Sheep are also easily fleeced.”The sheep in many countries are in danger from wolves, which prowl about and try to carry them off; so it is necessary to watch them by night as well as by day. You remember the shepherds were watching their flocks by night when the bright angels appeared to tell the glad tidings that A SAVIOR had come; and they were the first to hear that sweet song in the stillness of the night when all around were hushed in sleep.
The sheep is so timid and gentle that it needs the protection of man, and without the care of the shepherd would often stray away and be lost, or devoured by other animals. David says, “I have gone astray like a lost sheep;” and in Isaiah, we read, “All we like sheep have gone astray.” Is not this true of us that we have gone away, far away, from Jesus our good shepherd? Perhaps, dear child, you are wandering still; but why should you thus go on, alone, and every hour in danger? Why should you, when he calls you back with his voice of kindness and is ready to “gather you with his arms, and carry you in his bosom.” as the shepherd does his tender lambs?”  Source:http://www.biblestudytools.com/dictionary/the-animals/

GOD never referred to us as having anything in common with PIGS. God created the world in perfect harmony. A self-sustaining, finely tuned system. Naturally, there had to be a way to keep everything clean, so he created certain plants and animals designed specifically to operate as garbage control. They consume and survive on all the poisonous filth and excrement produced by the fruitful and beneficial plants and animals. Among these garbage disposals, you will find: catfish, shrimp, and PIGS, to name a few. These are the things that GOD calls UNCLEAN.

No matter how you look at it, pigs are filthy dirty animals. They have always been considered the garbage and waste eliminators of the farm, often eating literally anything they can find. This includes not only bugs, insects and whatever leftover scraps they find laying around, but also bones, cans, plastic, even their own feces, as well as the dead carcasses of sick animals, including their own young. At least one farmer has gone out to feed his pigs and never returned.

Throughout known history, the pig has been considered the prime example of all that is disgusting and filthy.  That it is why whenever someone behaves in a disgusting way we say they are “such a pig”.  If one comes across a place that is filthy dirty and reaks to high heaven we say it is a “pigsty”.

Problems with Pork and Why You Should Avoid Pork  – check out this webpage it is loaded with information. 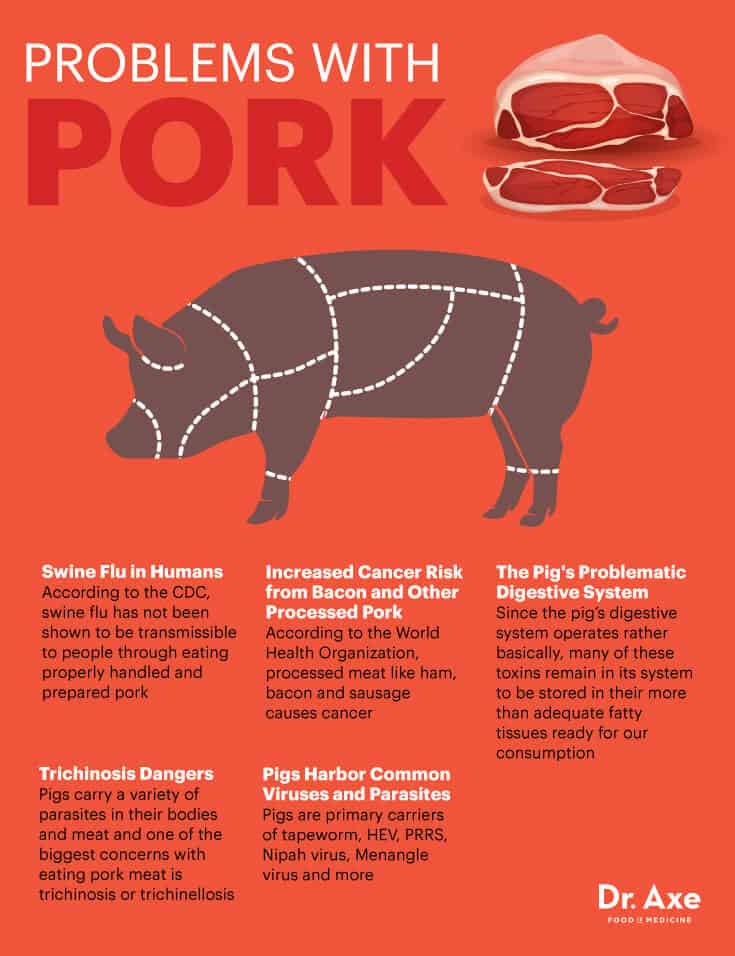