UPDATE: Added 12/13/22
Like Circle in a Spiral; Like a Wheel within a Wheel; Never Ending or Beginning on an Ever Spinning Reel.

There is a phenomenon occurring across the Earth, you may have heard about it.   I nearly shrugged it off, but upon research discovered it is deserving of recognition.  I decided to post it so that you can add it to your rapidly increasing number of signs that something is happening.

Whether this is happening because the animals sense the coming of the Lord or because the Scientists and Technologists are polluting our atmosphere and changing the electro magnetic affects that surround us, these strange occurrences should cause us to stand up and take notice, shake off our complacency and wake up.

I believe that GOD is working many things to get our attention.  This sign could be as simple as God trying to make us realize that mankind has been “Going in Circles” throughout our history.  As a people, we fall into sin and rebellion until we are on the brink of destruction, someone rises up and points us back to GOD and TRUTH.  We repent and live more godly lives for a time… and then it isn’t long before the devil has us all deceived again, we go right back to our vomit and the whole thing starts again.

This has always been true.  Did not change after the first advent of Christ.  Humanity is once again, in a state of rebellion, as a whole.  We have fallen far from God’s best for us.  He is calling to everyone, LAST CALL, come to repentance and receive salvation.  Time is running out.

Parable of the Vineyard
Premiered Dec 6, 2022

Why Are Large Groups Of Animals, Insects & Birds Suddenly Walking In Circles All Over The Earth?

By now, you have probably heard of a very strange phenomenon that has been taking the Internet by storm in recent days.  Large groups of animals, insects and birds have been spotted walking in circles all over the planet, and there is lots of speculation about why this is happening.  Some of the potential explanations that have been suggested are blaming this strange behavior on disease, changes in the magnetic field of the Earth, spoiled feed, parasitic brain worms, experiments at CERN, a coming pole shift or spikes in electromagnetic radiation.  Personally, I don’t know what to think.  Something really weird does seem to be happening, and hopefully we will get some more answers in the coming days.

In early November, a group of sheep in northern China began walking in circles over and over again.

This went on for nearly two weeks, and footage of this behavior has spread very rapidly on various social media platforms…

Bizarre video footage captured on a Chinese farm shows a group of sheep walking in circles for almost two weeks without stopping. The strange behavior has observers—and the sheep’s owner—utterly perplexed as they try to determine what’s behind it. The footage was taken earlier this month in northern China.

A closed-circuit camera on a local farm caught hundreds of sheep walking in a clockwise motion inside their pen. Not all of the animals joined in at first, watching the action from the center of the flock before falling in line with the rest of the herd.

Even our large corporate media outlets have been talking about the sheep in China, but in many cases they have decided that it is something to laugh about.

Hopefully there is a very simple explanation for why the sheep were circling for such a long period of time.

According to one expert that was interviewed by Newsweek, this could simply be a case where the sheep became extremely frustrated because they were penned up for so long…

A potential explanation has been shared by Matt Bell, a professor and director at the Department of Agriculture at Hartpury University, in Gloucester, England.

“It looks like the sheep are in the pen for long periods, and this might lead to stereotypic behavior, with the repeated circling due to frustration about being in the pen and limited [as to where they can go]. This is not good. Then the other sheep join as they are flock animals and bond or join their friends,” Bell told Newsweek.

But why are so many other animals, insects and birds also walking in circles all over the planet?

What we are witnessing is not just limited to one group of sheep in northern China.

This appears to be something that is happening all over the world, and so we need an explanation that can account for that.

A viral disease has turned pigeons in the UK into zombie-like creatures – causing them to develop twisted necks and walk around in circles, animal experts said.

This disease is known as “pigeon paramyxovirus”, and we are being told that it “can affect pigeons, doves and poultry”…

“There has been an increase in the number of grounded pigeons coming into the JSPCA Animals’ Shelter in the last few weeks, many of which have been showing neurological signs such as twisted neck, circling or are unable to stand,” said the animal rescue service based in St. Helier, Jersey.

It said the disease appears to be pigeon paramyxovirus, which is described as “an invariably fatal viral disease that can affect pigeons, doves and poultry.”

So this may be an explanation for why a lot of birds have been walking around in circles, but it would not explain why so many sheep, chickens and insects have been affected.

What we need is a theory that can account for everything that we have been witnessing.

Below, I have shared a number of videos that supposedly document this phenomenon.  As you can see, there certainly appears to be a lot of footage out there…

Prepare something is coming 👌 pic.twitter.com/h0CXf35UGe

I'm going to post a few videos below abd what movie this reminds me of . pic.twitter.com/8bH01RLIdS

More and more
Do you ready its coming 👌 pic.twitter.com/Mj3LQp7CjG

Sheep and other animals are walking in circles worldwide

spacer
Animals Moving in Mysterious Circles On the Earth. The Last Time Animals Moved In Such A Strange Way The Flood Came

I really wish that I could tell you why this is happening.

Perhaps all of this is much ado about nothing.

Let’s watch and see if this unexplained behavior continues.

Without a doubt, we live in very weird times, and I believe that they will soon get a whole lot weirder.

Truth is stranger than fiction, and I believe that we will see things happen in the years ahead that will go way beyond anything that any of our science fiction authors ever dreamed up.

So if you think that things are crazy now, just wait, because it won’t be too long before events on this planet start getting really bizarre.

Sheep and other animals are walking in circles worldwide

Mystery Babylon Exposed
Nov 22, 2022
1.25K subscribers
42,077 views
Sheep and other animals are walking in circles worldwide, what does it mean?

God Is Dead? Jesus Is The Original Fake News? Antichrist spirits. Animals Walking Around In Circles 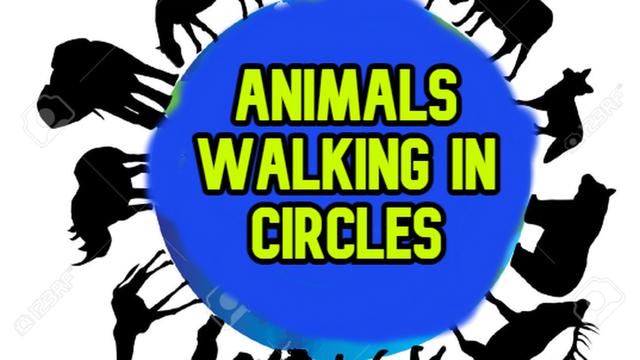 TO WATCH ON BITCHUTE CLICK THE TITLE LINK BELOW:
World of Animals in Mass Walking Around in Circles
KILLUMINATI13420 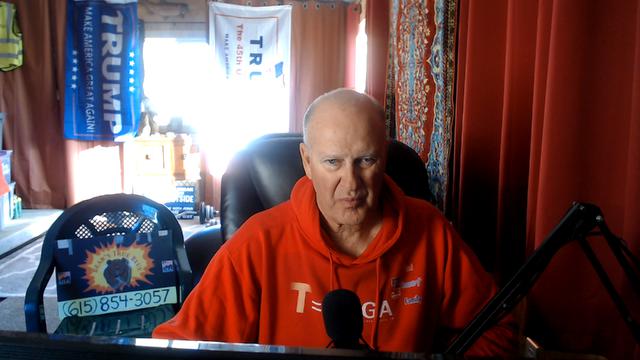 TO WATCH ON BITCHUTE CLICK THE TITLE LINK BELOW:
Millions of Animals, Insects and Birds Are Suddenly Walking in Circles Around the World
martinbrodel
3 days, 23 hours ago
spacer TO WATCH ON BITCHUTE CLICK THE TITLE LINK BELOW:
Sheep and other animals are walking in circles worldwide???
BOTH..eyesUP..PEOPLE
4 days, 6 hours ago
spacer 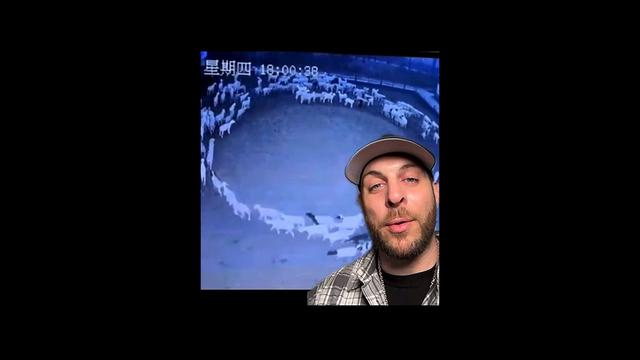 TO WATCH ON BITCHUTE CLICK THE TITLE LINK BELOW:
Animals Displaying Odd Behavior Walking in Circles – What does it Mean?
XANDREWX
2 days, 1 hour ago
spacer 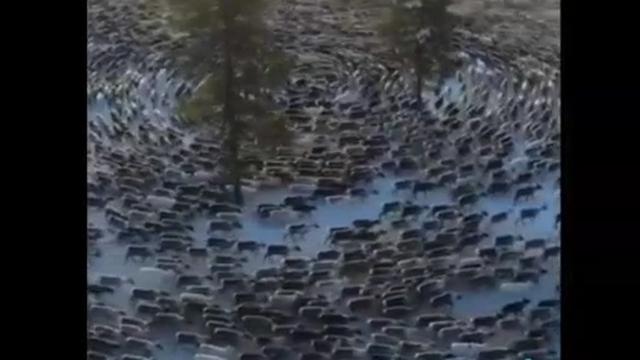 TO WATCH ON BITCHUTE CLICK THE TITLE LINK BELOW:
MORE ANIMALS WALKING IN CIRCLES
ChicoandDebbieJimenez
5 days, 19 hours ago
spacer 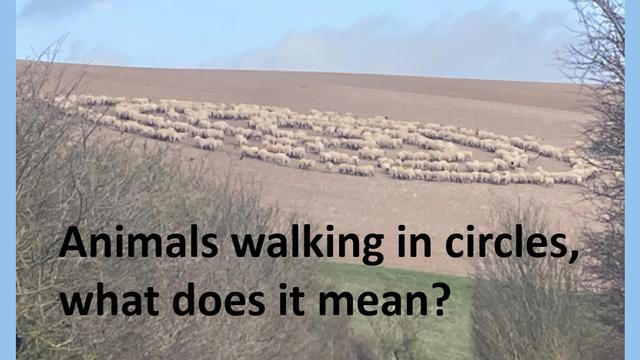 TO WATCH ON BITCHUTE CLICK THE TITLE LINK BELOW:
Sheep and other animals are walking in circles worldwide
freedfromevil

Sheep and other animals are walking in circles worldwide, what does it mean?
6 days, 15 hours ago
spacer TO WATCH ON BITCHUTE CLICK THE TITLE LINK BELOW:
WORLD OF ANIMALS IN MASS WALKING AROUND IN CIRCLES
Mis Inspirit
2 days, 16 hours ago
spacercer 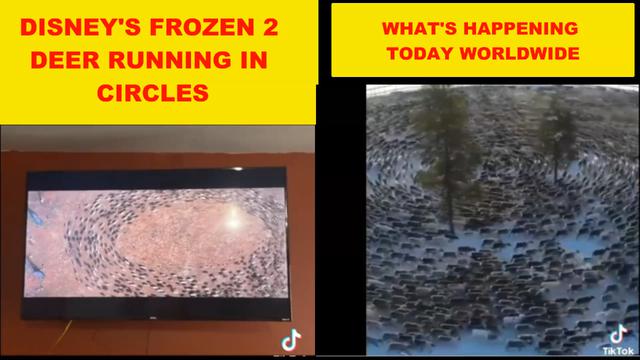 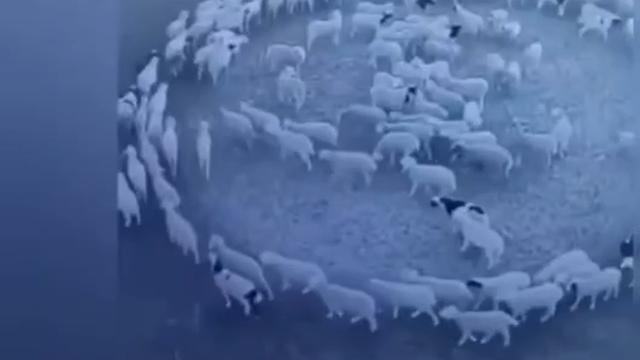 Why Is My Fish Swimming In Circles: 10 Possible Reasons And Solutions

Why Is My Fish Swimming in Circles? Let’s Read To Explore!

Some fish swim in circles around their mate during mating season. Some species swim in a circle around their potential mate during mating season. It is a typical mating behavior often utilized to charm the potential mate’s attention. The male betta is one of the great examples of this mating behavior. This fish features beautiful, long fins.
Images for fish swimming in circles
spacer

Why is my Fish Swimming in Circles?

Fish swimming in circles may be a sign that they are sick in some way, as this behavior is generally a sign of some distress. Common reasons that fish swim in circles are stress, injury, and pain. Your fish may be circling their tank erratically because they are experiencing stress in their living conditions.
spacer

Fish Swimming In Circles! | What Should I Do – Life Of Fish

One potential cause for fish swimming in circles is ammonia poisoning. Ammonia is a poisonous gas that is produced when fish waste breaks down. When levels of ammonia in the water get too high, it can poison fish and cause a variety of health problems, including swim bladder disorder. Why Is My Fish Swimming In Circles (Common Causes)
spacer

Why is my fish swimming in circles? | Tropical Fish Forums 🐠

When fish start to spiral or swim around in circles, it is caused by a bacterial or protozoan infection in the brain. These are normally caused by dirty environmental conditions (dirty gravel, filter and lack of water changes). Do a 75% water change and gravel clean the substrate each day for a week. ————————–
spacer

Goldfish swimming strangely, in spirals or circles are suffering from nitrate poisoning. The last symptoms to show is curling to one side. As the fish tries to swim, it swims in a spiral, desperate to lay flat on the bottom, in an effort to relieve the pressure perform 911 water change Refer to: Nitrate poisoning