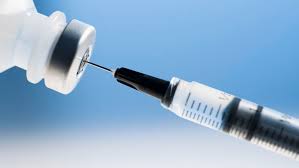 I am posting this article in an attempt to save you from making the biggest mistake ever possible.  This “pandemic” or the next one…is a man made trap.   It is their design to bring you to their designed end for you.

Believe me, “modern science” which is just ancient OCCULTISM/ WITCHCRAFT/DEMONISM has perfected their “magick” to a level you will never understand and will never believe.  UNTIL IT IS TOO LATE.  They have created materials that can alter your DNA, control your body and mind, and turn you into their total slave.

THIS has been the plan of Satan from the beginning.  The worst part of all of this, is that you will not only be their slave for a “lifetime” which would have had an eventual end. OH NO, you will “live” forever in that state.  The joke is that Satan only rules here for a short time.  He and all of his minions will live forever in eternal torment.  Sadly, so will you.  Anyone who took the “VACCINE” that changed their DNA, giving them eternal life without GOD.  YOU WILL ALL LIVE FOREVER IN ETERNAL TORMENT.

PLEASE, I BEG YOU!  DO NOT TAKE THE VACCINE, THE CURE, THE MARK in any form!

Watch this video that Nicholson 1968 put together.  It will help you understand.

Uğur Arslan saved to Futurism – Technology – Engineer – Mech
(6) Programmable Matter Black GOO Nanobots – YouTube
Most are completely unaware to the extent that Programmable matter has become part of our everyday lives and what this actually means depending on your point of view could be interrupted as alarming or a quite revolution by the Machines, just depends how you see things. https://www.engineering.com/DesignerE… 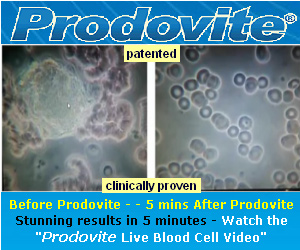 (Natural News) As part of an upcoming presentation with GenSix.com, which streams on May 15-16th, I’ve been working to organization information that describes the “trifecta” of death science weapons which are now aimed at humanity. What I’m calling the “death science trifecta” consists of the coronavirus (biological weapons), 5G towers (electromagnetic weapons) and vaccines (chemical weapons). In combination, they are designed to enslave and then exterminate most human beings living today.

That’s why there’s no real talk of restoring human freedom, or promoting pro-human free speech or even allowing anyone to advocate nutrition that can save lives. The globalists have zero interest in saving humanity… they are working to exterminate billions of human beings. And bioweapons, 5G and vaccines are the trifecta of mass death and tyranny that they’re using to accomplish their goal.

I’ve put this into a must-see infographic shown below. It’s no accident the graphic is organized like the all-seeing eye and pyramid on the back of the US dollar. This is the structure of power over humanity that has been invoked by anti-human globalists for centuries.

Take a look at the graphic here, and share everywhere, along with a warning. If humanity doesn’t rise up against our oppressors, we will be exterminated.

To hear my full lecture on the death science trifecta, register at GenSix.com for the upcoming conference on May 15-16th. I’m presenting a nearly three-hour lecture on all this, detailing the real threats against humanity and how a small number of informed human beings may survive the extermination attempt.

As you can see from the infographic above, depopulation is the end game of all this. Big Tech, Big Pharma and Big Science are all colluding to obliterate the human population on our planet. They are in, fact, preparing Earth for a post-human era.

Here’s a preview snippet of what the lecture features:

Globalists have decided they don’t need humans any longer, and their final act will be the global financial “reset” looting of all assets, combined with the global deployment of a vaccine euthanasia “kill switch” to cause billions of deaths. This is why they are now using armed government assault teams to raid and shut down anyone who promotes colloidal silver, vitamin C or chlorine dioxide, in order to eliminate any possibility of a nutrient or natural substance that might help protect the public from infections. They need to keep the path clear for vaccines to be the only “savior” of humanity. They can’t allow anything else to work first, you see. Vaccines must be the only option offered to the world.

That’s the only way they can achieve widespread compliance with the euthanasia kill shots. They have to label them “vaccines” and tell people if they don’t take the shot, they won’t be allowed to participate in society. Big Tech is all part of this war on humanity, of course, as they are blacklisting all individuals or websites that dare to promote immune boosting strategies that might help protect humanity from a worsening pandemic.

In essence, Big Tech, Big Pharma and Big Science have all become direct enemies of humanity, and they are engaged in a full-blown war on humanity, invoking (at least) three key weapons to destroy the human race: Biological weapons, electromagnetic weapons and chemical weapons.

In truth, they’re also using pollution weapons (stratospheric aerosol injections / chemtrails), info weapons (engineered media disinformation) and genetic weapons (transgenetic weaponization of vaccine ingredients to alter the genetic code of vaccine recipients) too. At the same time, you may have noticed that the food supply is being deliberately destroyed in order to cause widespread famine and desperation. FEMA camps will offer soup kitchens and food bank “rescue” packages for the public, but as soon as the coronavirus vaccine is available, you’ll be required to show your “vaccine papers” to receive a food rescue package.

Food scarcity, in other words, is being weaponized to force mandatory vaccines onto the public. When they are hungry enough, they will gladly line up to be injected with anything in exchange for a few meals. (And the globalists know this.)

A mass awakening has begun… but will it emerge in time?

Humanity is now on the brink. But there is also mass awakening taking place at this very moment, as billions of people around the world are coming to realize they are literally being enslaved with “house arrest” orders forced upon them by ignorant, incompetent, immoral “leaders” who refuse to recommend the nutritional solutions that can protect public health and help us all get back to normal living (things like zinc, vitamin D, vitamin C, elderberry extract and so on).

Perhaps it will take the temporary experience of global enslavement to finally awaken humanity to the truth: You are a slave, Neo. You were born into a prison, a prison for your mind. And if you want to free your mind, you will need to reject the toxic chemicals, medicines, disinformation and technologies of the globalists. That means no 5G, no vaccines, no pharmaceuticals and no more living on processed junk food that makes you weak and dumbed down.

Start filling your body with nutrition while energizing your mind with real, uncensored truth. Read NaturalNews.com and consume healthy supplements and superfoods. It’s your only chance at surviving the global extermination plan for humanity.

Any human being who is foolish enough to think that if he joins the demons, he will become one of them and be spared eternal slavery is an IDIOT!   Any human being who thinks that HE is going to become a GOD, is an IDIOT.  Why on earth would they share their “exalted” position with meter humans whom they hate??  You are just a tool they are using!

What fun would it be to be a GOD, if everyone was GOD?  They have to have someone to LORD it over.  That is YOU!

Why do the demons HATE YOU?  Because GOD LOVES YOU.  Because YOU are made in the IMAGE OF GOD who condemned them to HELL.   GOD who refused them the mercy that He provided for YOU.  Because the HATE GOD, they want to take everything that is GOD’s and distort, diminish, and use it for their pleasure.  They don’t just want to KILL YOU, they want to torture, humiliate, and torment you!

DON’T TAKE THE VACCINE OR ANY DRUGS!  DON’T ALLOW THEM ACCESS TO YOUR BODY!