We have looked a t the recent events in Kabul as another sign from GOD of the eminent event for God’s people.  Today we are going to look at the event from another angle or two or three.  None of this negates the fact that it was an endtime warning from GOD.  Everything has multiple purposes and multiple lessons.

Don’t miss any of these items.  They all have valid and important information to offer.  Be blessed.

Fox News
Aug 25, 2021
Peter Meijer shares why he travelled to Kabul and what he saw amid the Taliban takeover in the region on ‘Special Report’ #FoxNews #SpecialReport
spacer

Signs of the Last Days

In U.S. hasty exit from Afghanistan in another failed country intervention, there are signs of Israel’s prophecy. As impacts in the Middle East will bring Israel’s enemies closer and conflict will also rain down from the sky on the heads of Western nations. Support this ministry so we can continue sharing signs of Biblical prophecy to the world, donate here: https://signsofthelastdays.org/giving-2/ Check recurring contribution button to become a monthly Partner In Prophecy. You can also now WATCH this LIVE-STREAM on our WEBSITE at this link: https://signsofthelastdays.org/live/
spacer
WAS ALL OF THIS, WITH AFGHAN DONE ON PURPOSE, TO INVOKE THE 25TH AMENDMENT?

IF YOU WISH TO DONATE, PLEASE USE THE EMAIL ADDRESS AT PAYPAL. YOU HAVE ANY QUESTIONS, PLEASE EMAIL ME AT LISA050611@GMAIL.COM. MY BLOG IS WATCHWOMAN65.COM. https://www.nowtheendbegins.com/did-r…

Are we being deceived? Something doesn’t quite add up

Taliban’s reign of terror; Afghanistan falling to the Taliban… or did it. Join me as we investigate and ask the question on this “explosive situation in the middle east”… are we being taken for a ride? A must hear! Learn more about me and my ministry at: http://www.emoaf.org/ Donate: https://www.paypal.com/paypalme/anita…

The U.S. military is leaving behind 75,000 vehicles, 600,000 weapons and 208 airplanes/helicopters in Afghanistan as the Taliban takes control of the country, according to the watchdog group Open the Books.

“We’ve made the Taliban into a major U.S. arms dealer for the next decade,” said Adam Andrzejewski, CEO & founder of Open the Books. “They now control 75,000 military vehicles. This is about 50,000 tactical vehicles, 20,000 Humvees they control about 1,000 mine-resistant vehicles, and even about 150 armored personnel carriers.”

In total, the U.S. government spent an estimated $83 billion of taxpayer funds on weapons, vehicles and airplanes for the Afghan military.

The Biden administration said recently that a “fair amount” of weaponry would land in the hands of the Taliban but it didn’t have an exact number.

Andrzejewski said his organization “found a Federal Audit that detailed up to $200 million worth of drones that had disappeared,” adding that “we don’t know where 600,000 weapons are within the country.”

The Taliban also reportedly has access to biometrics data of Afghans that helped U.S. forces during the war. 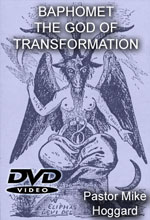 A new “Baphomet Spirit” has swept the land!

1. How much humiliation is America scripted to suffer from the incompetent President Biden?

* Situation so bad that State Department advises Americans to find their own way out of Afghanistan!

* But, amidst all this chaos and turmoil, British, French and German commandoes are on the ground, getting their citizens to freedom and safety!

“As President Biden and Defense Secretary Austin stick to their shameful plan to only secure Kabul airport and not send U.S. forces into greater Kabul to get U.S. personnel and Afghan helpers to safety, British and French forces are doing just that to rescue their citizens. And they are doing it with far less troops than the U.S. has available.”

“According to former Deputy National Security Advisor Matt Pottinger the British military has even stepped in to evacuate some American citizens who were left behind in Afghanistan following the Biden administration’s chaotic pullout of U.S. forces and the nation’s quick fall to Taliban terrorists.”

From the beginning of the 2020 election campaign, we stated that the only reason the Democrats appointed an obvious mentally deficient man as President, and then went to all the time and expense to steal that election for him, means that the coming global war will require a mentally deficient President, and one that is open to blackmail control because Joe and Hunter had taken so much money and so much illicit sex from the Chinese and the Ukrainians.

That stage is now set. And, the type of war rhetoric you would expect if this scenario were being followed, is already being voiced by Mass Media the whole world over.

NEWS BRIEF: “‘This Is a Lie’: Marco Rubio Blasts State Department for Claiming Some Americans Want to Stay in Afghanistan“, Breitbart News, 25 August 2021

A new “Baphomet Spirit” has swept the land!

An entire population of unsaved people can become demonically possessed!

The Election of 2020 demonstrated that a demonic spirit has pervaded all of America; Antichrist is next! 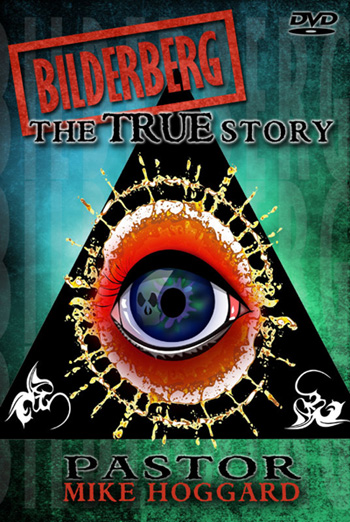 “A long list of GOP politicians are calling for President Biden to either be impeached or resign from office after the deadly attack on Harmid Karzai International Airport in Afghanistan.”

“If President Trump can be impeached over a phone call, then the time has come to IMPEACH Biden for gross negligence in Afghanistan … Americans deserve better. We deserve better than someone who willfully IGNORES the WORST crisis in decades.” ( Rep. Ronny Jackson, R-Texas)

“Twelve elected Republicans are demanding Thursday for President Joe Biden to resign over the deadly Afghan extraction amid reports of Americans being killed in bombing attacks in Kabul, Afghanistan.”

Elise Stefanic spoke most bluntly: “This horrific national security and humanitarian disaster is solely the result of Joe Biden’s weak and incompetent leadership. He is unfit to be Commander-in-Chief.”

Congressman Greg Steube: “While we are supposed to be the most powerful military in the world, we now see our leader and so-called Commander-in-Chief completely kneeling to the Taliban and asking for their permission to get our people out of there.”

Congressman Travis: “This is the biggest failure by a US President in my lifetimes. Biden and his administration must all resign in shame.”

“Republican lawmakers quickly reacted to the reports of terror outside the Kabul airport in Afghanistan, where thousands of American citizens and allies remain stranded as the Biden administration aims to stick to the Taliban’s August 31 deadline, concluding President Biden’s “incompetence has now cost American lives.”

Will this befuddled man in the White House be so confused by events that he cannot respond when China attacks Taiwan?

3. Hiding in the flood of desperate Afghan refugees are known terrorists!

“Former President Donald Trump claimed that the Biden administration could be bringing terrorists from Afghanistan to the US by evacuating Afghan refugees. ‘Biden surrendered Afghanistan to terrorists and left thousands of Americans for dead by pulling out the military before our citizens’, Trump said … “

“You can be sure the Taliban, who are now in complete control, didn’t allow the best and brightest to board these evacuation flights. Instead, we can only imagine how many thousands of terrorists have been airlifted out of Afghanistan and into neighborhoods around the world…”

Now that Biden has dismantled our effective vetting techniques, these embedded terrorists will be more likely to carry out terror attacks within this country.

“What a terrible failure. NO VETTING. How many terrorists will Joe Biden bring to America? We don’t know!’ the former president wrote ….”

For the record, President Biden reassured us all that thorough vetting will occur before Afghani citizens are allowed inside America.

And, we all know exactly how much Joe Biden’s promises are worth!

Thank you, Joe Biden, for exposing America’s soft underbelly to another 9/11 type of attack.

“… the ongoing expansion of China’s amphibious lift capability is not limited solely to naval vessels. Large ferries recruited from China’s civilian fleet were used in naval exercises held both last summer and in July, suggesting that Beijing could use non-military vessels to leapfrog its current amphibious transport bottleneck … “

“Using modified ramps on ferries to test the ability of civilian ships to deliver large numbers of amphibious tanks … makes up for the shortcoming China has in large amphibious ships,” Shen said, “but it also sends a message that China is ready to attack now if Taiwan were to declare formal independence’.”

To Reiterate: “China is ready to attack now if Taiwan were to declare formal independence’.”

China is also ready to attack Taiwan NOW if they come to the belief that America’s current president is so befuddled that he cannot make logical decisions. I received that message loudly and clearly the moment the Democrat Party completed their ticket for President: KKK-linked Joe Biden and Kamela Harris as his”do-nothing” Vice President.

Hostile foreign leaders and their intelligence staffs understood that the Democrats were bending over backwards to hand them Afghanistan, Taiwan, South Korea and Eastern Europe.

The Masonic Christ is awaiting in the wings, ready to step out on to the stage.

NEWS BRIEF: “‘Breaking their own rules!’ China sends warning to US over Afghanistan after Kamela Harris dig“, The UK Sun, August 25, 2021

“Speaking on Tuesday, Wang Wenbin, the spokesman for China’s Ministry of Foreign Affairs said the USA was responsible for the “suffering” of the Afghan people through their military intervention in the country. He went on to brand the US of breaking the rules they make before claiming the USA have behaved “wantonly” in Afghanistan. His strict warning follows comments made by Kamala Harris where she declared grave concerns over China’s behaviour in the South China Sea.”

This accusation from an official of the Chinese Communist Foreign Affairs official mirrors a charge that AMerican Conservatives have been leveling against Biden and his ilk for months now. That mantra is:

Cynthia really needs your help!!! You can read why at either of the links, or read the update here.

Give Send Go are great Christians!